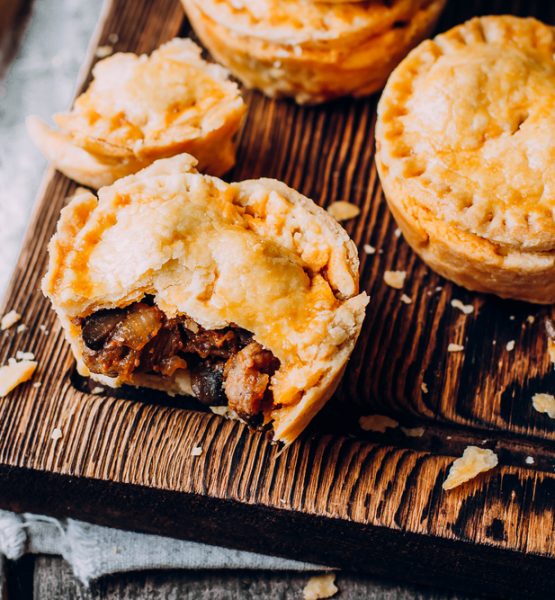 4 Facts about Pie, in Honour of British Pie Week!

This year British Pie Week runs from 1st-7th March, and let’s be honest, there are few things in life that are better than the humble pie!

To celebrate, we’ve put together 4 of our favourite surprising pie facts for your enjoyment!

The invention of the pie can actually be traced back as far as the ancient Egyptians, who enjoyed a crusty pie like cake with a honey based filling! A recipe for what is believed to be a sort of chicken pie was actually discovered on a tablet from as far back as 2000 BC, so pie has been a firm favourite for over 4000 years!

Mince pies were once illegal! In the 1650’s Oliver Cromwell banned mince pies, and other traditional Christmas food, as he believed that eating such treats was a gluttonous act!

In 2015 a petition was submitted to parliament in the UK demanding that an item of food should only be legally considered a pie if it has a pastry base, in response to the growing trend of serving pies with only a puff pastry top, and no base.

Wealthy folk in the 16th century used to enjoy putting live animals in their pies! Animals such as toads and squirrels were hidden within a pie, so that they would jump out when the pie was cut into, for an interesting dinner party trick!

The versatility of the good old fashioned pie is what keeps it such a firm favourite, and whether you’ll be marking British Pie Week with a lovely meat and potato pie, a delicious steak pie, or perhaps a chicken and mushroom pie, we’ve got you covered with the perfect cuts of meat!

Celebrate British Pie Week with us, we’re committed to sourcing quality prime meat, and providing the best produce and butchery, with first class delivery, and exceptional customer service! If you have any questions about our services, please do not hesitate to contact us, and speak to a member of our fantastic team today!